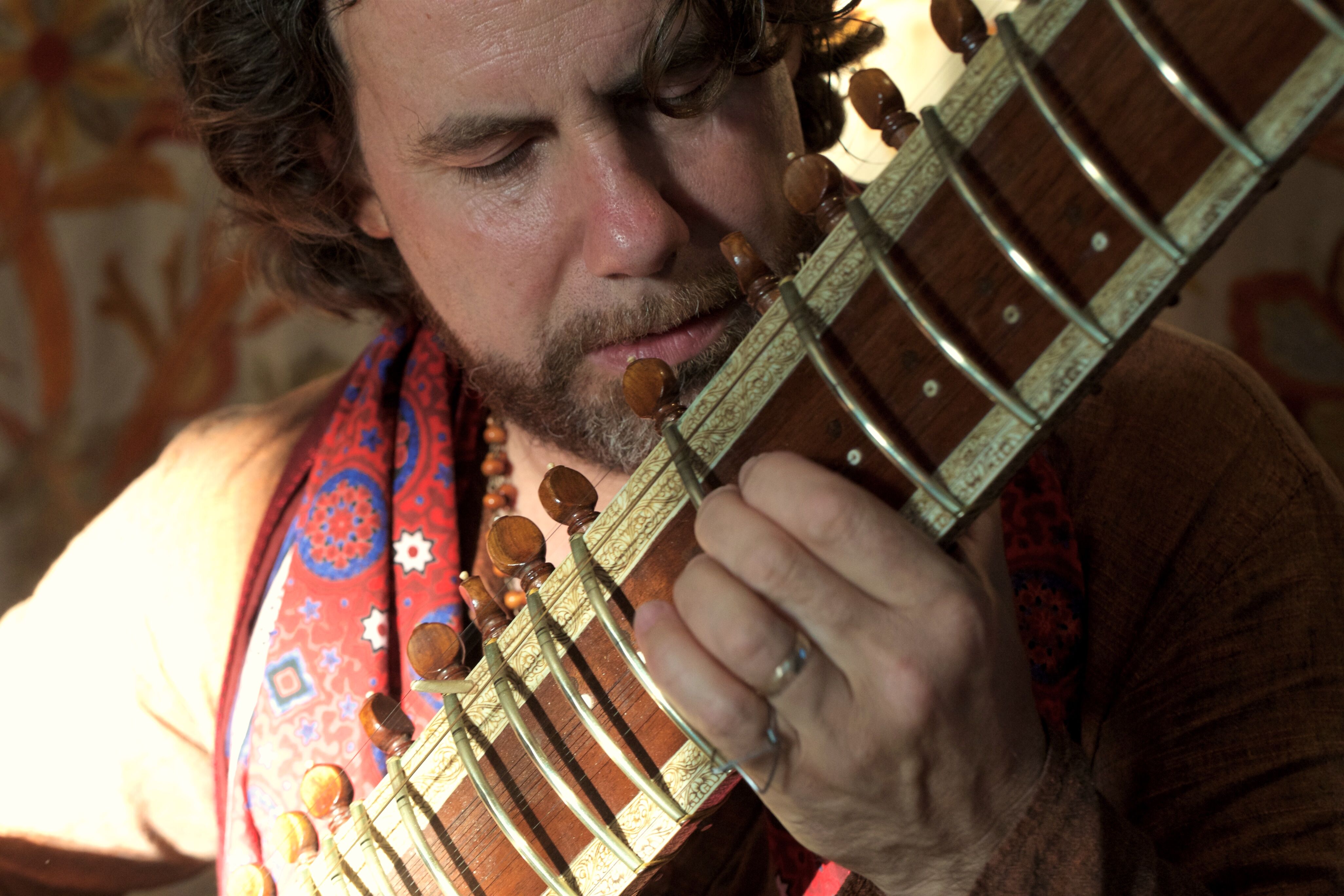 International performing artist and educator Paul Livingstone is one of the few American disciples of Pt. Ravi Shankar, the legendary 'godfather of world music', as well as Amiya Dasgupta and sarod maestro Pt. Rajeev Taranath.  Growing up with blues and rock music, Paul became mesmerized by Ravi's music at the age of twelve and moved to India three years later, beginning a lifelong journey with the traditional classical music of India.

Paul has studied raga music for over thirty years and is recognized as one of the leading sitarists in America today. He received his MFA at CalArts and is now expanding his musical vision to combine raga, jazz, and Latin music. He has recorded and toured across the world with a number of popular artists such as Alanis Morrisette, Beck, Rubén Albarrán, Juan Gabriel, and Build an Ark. He has also appeared on two Grammy Award winning records (Ozomatli and Rickey Kej).

Paul founded and leads the Arohi Ensemble for which he writes original 'raga jazz chamber music', as well as composing for film, tv, theater, and dance.  His original work is focused around Indian ragas and rhythms, reflecting an amalgamation of influences including Javanese gamelan, Persian classical, African, Mexican, and Cuban music.  Paul maintains a vision of cross-cultural performance that engages the transcendent joy of music and reflects our innermost social, political, and spiritual values.

He is endorsed by D'Addario Strings and Godin Guitars and plays the Scott Hackleman 'personal tanpura'.

We suggest moving this party over to a full size window.
You'll enjoy it way more.
Close
Go Fullscreen